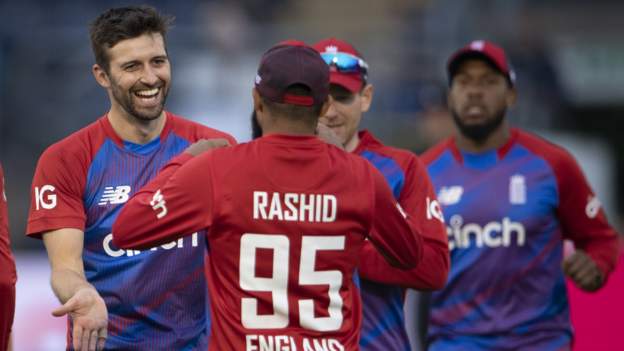 England recovered from 36-4 to beat Sri Lanka by five wickets and win the series with a game to spare in a rain-affected second Twenty20 in Cardiff.

Sam Billings fell for 24, but Liam Livingstone, batting at six rather than opening like for Lancashire, hit 29*.

The final game in the three-match series takes place at the Ageas Bowl on Saturday.

England made two changes from their eight-wicket win on Wednesday, with Jos Buttler rested as a precaution with a calf strain, while David Willey, playing his first T20 international in more than two years, replaced…