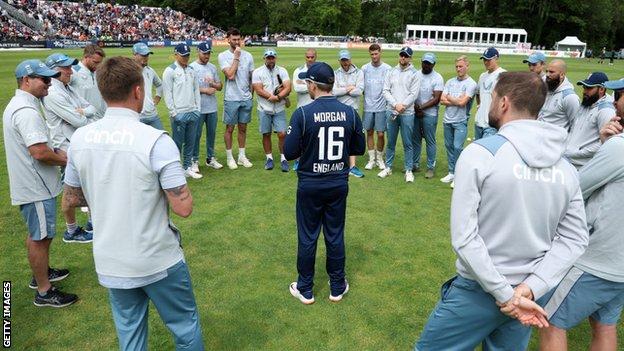 As Eoin Morgan eases himself between the sheets in his bed at the England team hotel on Wednesday evening his mind may start to wander.

To batting in the nets on a concrete strip with a beer keg as stumps at Rush Cricket Club, the seaside commuter town on the outskirts of Dublin, as a youngster. To the time he boldly told Ireland’s selectors aged 13 his dream was to play for England.

To his maiden one-day international hundred for Ireland against Canada, to his England debut. To his appointment as England white-ball captain. To his blueprints, his vision, his transformation.

To beating the best and reaching the top. To his 148 from 71 balls against Afghanistan. To Cricket World Cup glory and to his place in history. To his team-mates, to the joy of the greatest days.

But then his thoughts may drift some more. To the niggles, the aches and pains….

Ben Stokes: England all-rounder says his ODI retirement ought to be...