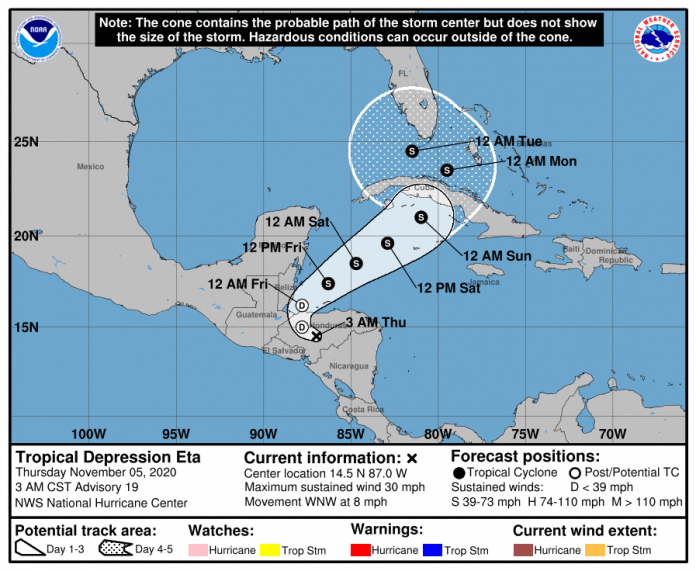 Forecasters continue to project a northeast turn for tropical depression Eta later Thursday and Friday morning, putting Cayman in the path of the weather system which is expected to re-intensify when it leaves Central America.

The depression was 497 miles south-southwest of Grand Cayman as of 3am Thursday. It’s moving west-northwest at eight miles per hour with maximum sustained winds of 30 mph.