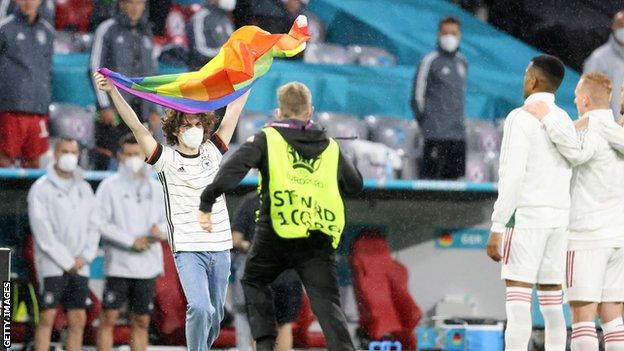 Uefa is investigating “potentially discriminatory incidents” which took place during Germany’s 2-2 draw with Hungary at Euro 2020.

It is believed the incidents relate to an anti-LGBT banner that was brought into Wednesday’s game in Munich by Hungarian fans.

There were also reports of anti-LGBT chanting by some Hungarian supporters.

Germany needed a late goal from Leon Goretzka to salvage a draw which knocked out Hungary and set up Tuesday’s meeting with England in the last 16.