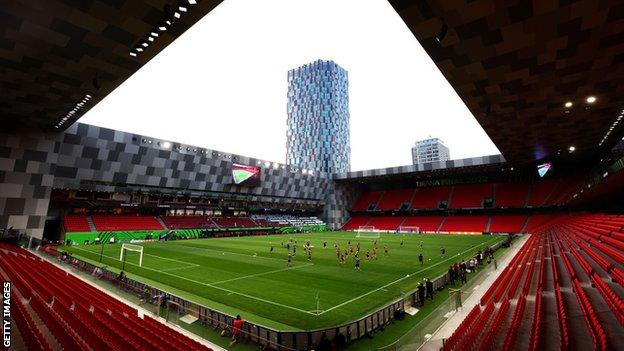 Nineteen police officers were injured as supporters clashed in the build-up to the Europa Conference League final.

Fans wielded glass bottles, sticks, stones and other objects as local police tried to break up trouble on Tuesday.

“In the early hours of this morning we deported – via the sea port of Durres – 80 Italian hooligan fans,” police said.

“As a result of violence against police from the fans of both teams, we have 19 officers injured and one of them is injured with a knife,” said deputy general director of Albanian police Albert Dervishi.

Local police had earlier said that 60 individuals – 48 Italian and 12 Dutch – had been “taken to the station” as a result of the trouble, and that 10 Albanian, Italian and Dutch nationals had been treated for injuries in hospital.

Wednesday’s final – the climax of the first ever Europa…

Australian man charged with greater than 400 sexual offenses in opposition...