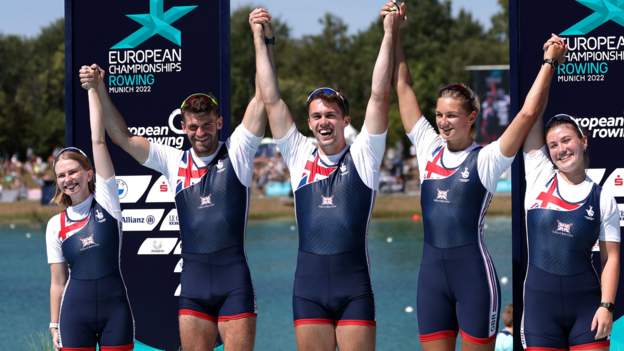 The 30-year-old cox had had two rounds of chemotherapy when she was named in the squad for Munich.

“Today’s been really emotional for me,” a tearful Kennedy told BBC Sport.

“I’m really holding it together. I’m just really proud of the team. It’s a lot for me to take but it’s also a lot for them. They’ve picked me up every time.”

Kennedy, who has won one Paralympic and two world titles, will now step away from the crew to continue her treatment.

She said leaving the…