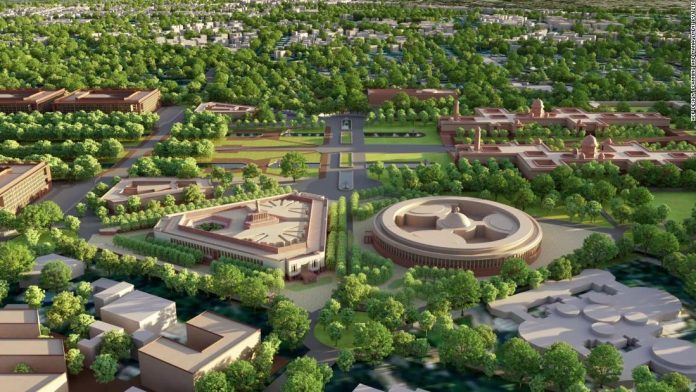 Indian Prime Minister Narendra Modi’s overhaul of New Delhi’s historic center was always going to be controversial — even before the Covid-19 pandemic struck.

Since it was announced in September 2019, the $1.8 billion Central Vista Redevelopment Project has been branded unduly expensive, environmentally irresponsible and a threat to cultural heritage. And with Modi’s elaborate new private residence — which comprises 10 buildings across 15 acres (6 hectares) of land — among dozens of planned new government structures, many critics have dismissed the scheme as an architectural vanity project that serves India’s populist leader, not its people.
This outrage has been brought into sharp focus by the coronavirus crisis. Amid a devastating second wave that has pushed the country’s hospitals to breaking point, opposition MP Rahul Gandhi took to Twitter last week to compare the cost of the project to the amount needed to vaccinate 450 million Indians or purchase 10 million oxygen…