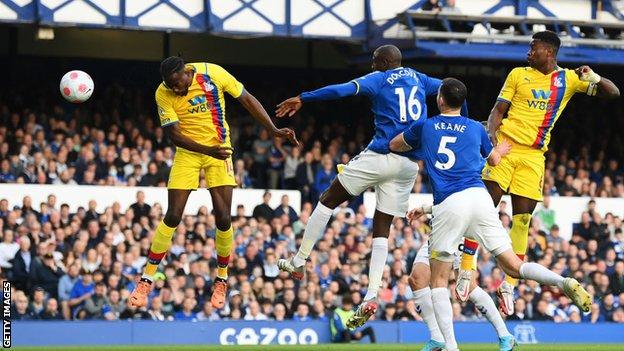 Everton secured their Premier League status with an incredible fightback where they came from two goals down to beat Crystal Palace.

The hosts, who will continue their 68-year stay in the top flight, looked like they were heading for defeat after Palace scored twice in the first half through Jean-Philippe Mateta and Jordan Ayew.

But conjuring up a fighter’s spirit once more and spurred on by they vociferous support, Everton turned the game around in the second half, thanks to a more attacking approach.

Nine minutes after the break Michael Keane smashed in to give Frank Lampard’s side hope, and when Richarlison found the bottom corner with a miscued shot with 15 minutes left, it sent Goodison Park into raptures as a precious point looked likely.

Yet the best was to come with five minutes left. Dominic Calvert-Lewin, who scored his first goal since August against Brentford last Sunday during an injury-hit season, sparked…