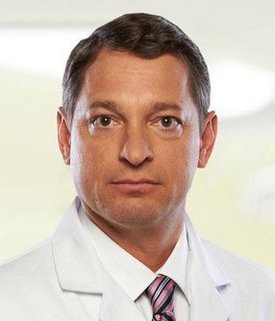 Temporal bone fractures occur by blunt force to the head caused by high velocity motor vehicle accidents, motorcycle accidents, assaults, or falls.  The FN is particularly vulnerable in the temporal bone as it travels three centimeters through various bony segments.  A sudden loss of FN function related to a TBI suggests a transected nerve by a bony fragment while a progressive or delayed loss in function suggests impingement of the nerve by swelling in the bony canal, a hematoma causing compression, or direct pressure from a fracture fragment.

All patients with a head injury must be tested for a FN injury by careful neurological exam because timing of intervention is often dictated by the physical findings on initial presentation.  The findings of a FN injury on physical exam may reveal subtle one-sided facial weakness with mild difficulty closing an eye to complete paralysis of one side of the face.  Ear examination is absolutely necessary in the case of a suspected head injury and findings consistent with a hematoma or frank blood in the ear canal, hearing loss, or vertigo is consistent with a suspected FN injury.

Neurological deficits depend on the location of the FN injury and the severity of injury to the nerve.  Recovery depends on several factors including if the nerve was severed and the degree of compression on the nerve.  Unlike, Bell’s Palsy that represents the most common cause of FN neurological deficits, the timing of surgical intervention is controversial in the case of a traumatic FN palsy.

Urgent decompression of the FN is required in the case of a progressive deficit in the setting of a temporal bone fracture causing pressure on the FN.   Therefore, it is imperative that the FN is examined on presentation since documentation on presentation determines if there is a need for a temporal bone decompression surgery versus observation.  Early versus delayed decompression of the FN caused by a temporal bone fracture is controversial in a partial FN injury when there is 90% loss of FN function compared to the non-injured side.  Partial injuries with less than 90% loss of FN function generally have a good prognosis with observation alone.

Penetrating trauma to the face or neck that suggest transection of the FN outside the temporal bone segment requires surgical exploration with a goal of either providing direct end to end repair of the transected nerve versus short segment nerve grafting for larger nerve segment loss.

Patients with complete lesions or those with partial lesions with an unacceptable outcome require consultation with a peripheral nerve surgeon at a recognized center of excellence preferably within four months from the original trauma. It is generally believed that early intervention with peripheral nerve surgery in appropriately selected patients will lead to better outcomes.  Options include cross-facial nerve grafting, nerve transfers, and partial hypoglossal nerve to facial nerve transfers.  Options after two years are limited to muscle transfer procedures since nerve grafting will not work because the muscles will not be responsive to nerve repair after two years following nerve injury.

Academic Physician Life Care Planners are essential for the injured person with a FN injury.  Acceptable facial appearance and function can be salvaged with early intervention at a center of excellence for FN palsy with the capabilities that includes temporal bone decompression surgery by an otolaryngologist, peripheral nerve surgery by a neurosurgeon, and muscle transfers by a facial plastic surgeon. Patients with FN palsy will require a life care plan that may include psychological intervention, facial plastic surgeons, ophthalmology, Botox, and medication management for depression and nerve related pain.