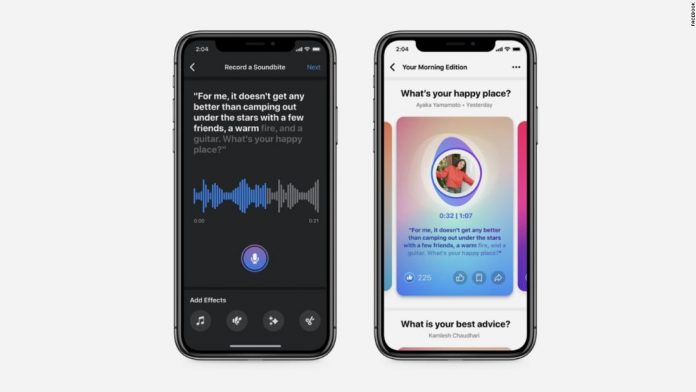 Facebook (FB) announced several new tools for creating and sharing audio on Monday. Similar to its moves into video behind YouTube, disappearing photos after Snapchat and short-form content on the heels of TikTok, Facebook is once again following the growth of a new medium and competitor. Audio has seen a resurgence with the rise of podcasts and more recently with live social audio on Clubhouse and Twitter Spaces.
Facebook wants to “treat audio as a first-class medium in the way that we treat photos and videos,” CEO Mark Zuckerberg said Monday in an interview with journalist Casey Newton on another group-chatting platform, Discord.
Facebook is working on its own live audio product, called Live Audio Rooms, and will test it in Facebook Groups. The company plans to make the feature available to everyone on Facebook this summer and incorporate it in its messaging app, Messenger. Reddit also announced its own Clubhouse-like product on Monday.
Podcasts are also coming to Facebook….