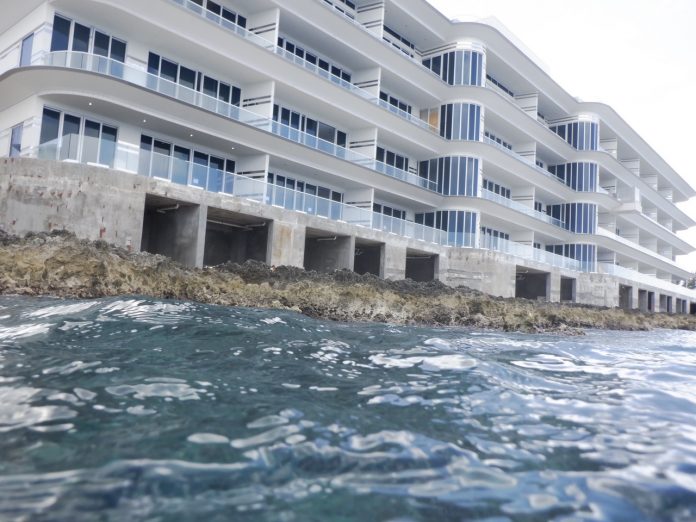 The FIN development on the George Town coastline has agreed to remove construction debris from the water in front of its site after local conservationists raised concerns after spotting PVC piping, concrete blocks and other items on the seabed.

Local resident Rachel Osborne was snorkeling past the site recently when she spotted the debris. She took photos and posted them to social media, where they were reposted by others and led to more than 50 responses where people questioned why this was being allowed to happen.

The company denied that construction debris had been dumped deliberately, saying some of the material may have blown into the water during stormy weather.

Nadège Parent, FIN’s sales and marketing manager, in response to queries from the Cayman Compass said via email, “It appears that a small amount of foreign materials have been found on the sea bed which…