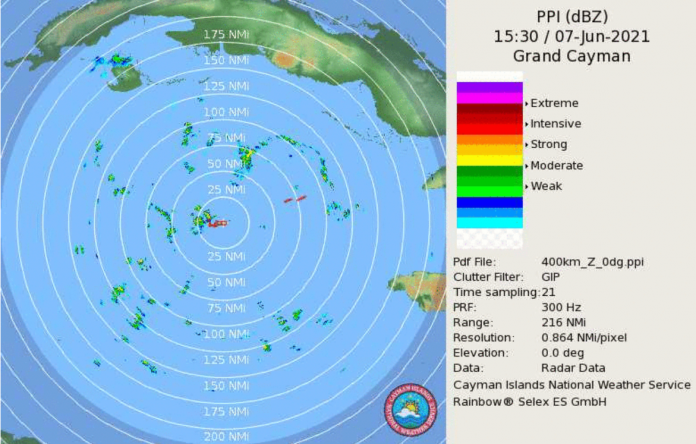 Forecasters say cloudy skies and scattered showers will continue to dominate skies locally as rainy weather from Cuba moves towards the Cayman area.

“For the next two days, we are seeing a high possibility of overcast skies, showers and a possible thunderstorm,” said forecaster Kerrie Forbes of the Cayman Islands National Weather Service.

Powery said this week’s showers are not associated with last week’s downpour, which was brought on by an upper level trough that was lingering in the Cayman area.

A system could develop further south

Forecasters at the National Hurricane Center in Miami, Florida, are monitoring an area of low pressure off the eastern coast of southern Central America.

In the five-day outlook, the NHC forecasters said, “some gradual development will be possible”, by Thursday or Friday.

Forecasters say over the next 48 hours the system will have a low or near 0% chance of further development; this is expected to…

Climate service will get new instruments for 2021 hurricane season