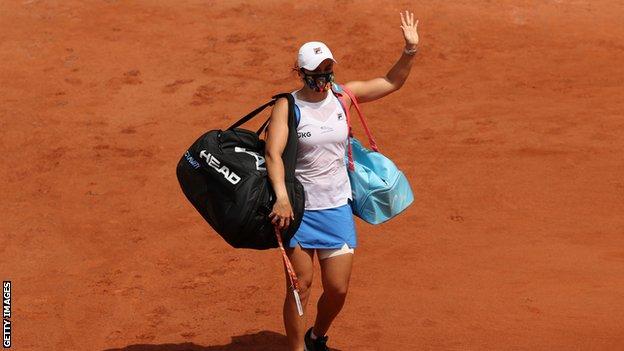 World number one Ashleigh Barty retired with injury from her second-round match against Magda Linette at the French Open.

The 2019 champion had strapping on her left thigh and struggled with her movement, losing the first set 6-1.

Barty, 25, left the court for a medical time-out before retiring at 2-2 in the second set.

American fourth seed Sofia Kenin had a tougher battle in the first set against compatriot Hailey Baptiste but came through to win 7-5 6-3.

The traveler who’s been globetrotting for practically 10 years