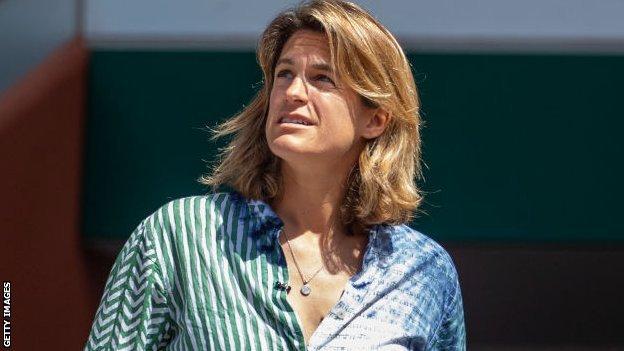 French Open director Amelie Mauresmo apologised for saying women’s matches were less appealing than men’s and said she had been quoted “out of context”.

She had faced criticism after only one of this year’s 10 night sessions featured a women’s match.

“I want to say sorry to the players that really felt bad about what I said,” Frenchwoman Mauresmo, 42, said.

“The comments I made were taken out of context,” the two-time Grand Slam champion told the Tennis Channel.

“The people who know me, who’ve known me on and off the court, throughout my career, throughout everything that I’ve done, know I’m a big fighter for equal rights and women’s tennis, women in general.”

Poland’s Swiatek, who will play American Coco Gauff in Saturday’s French Open final, has played all of her six matches in the daytime.