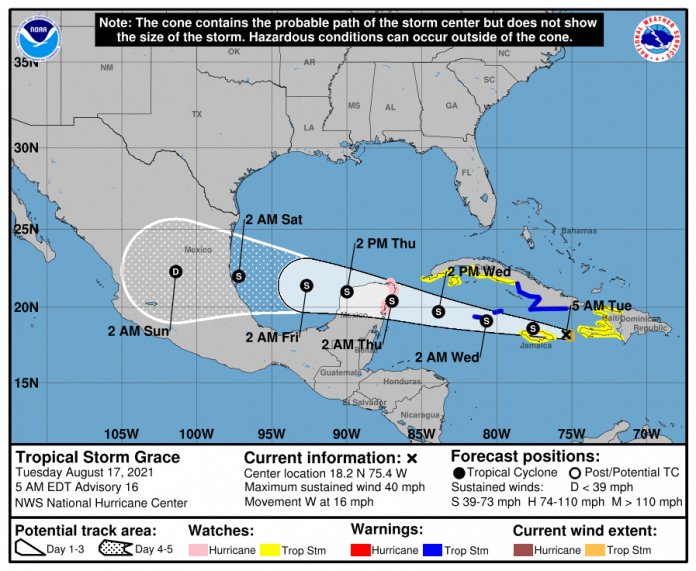 Tropical Depression Grace has been upgraded to storm status and has shifted further south. It is now expected to pass eight miles south of Grand Cayman, based on the latest forecast track from the National Weather Service.

Tropical storm conditions are expected within the next 24 hours, as all three islands remain under a storm warning. Tropical storm force winds are predicted from Tuesday night with wind speeds of 35 to 47 knots.

Grace continued to reorganise and strengthen overnight, according to the latest National Hurricane Center advisory.

Tropical-storm-force winds extend outward up to 45 miles from the centre, the NHC said Tuesday morning.

National Weather Service forecaster Gilbert Miller, in a weather update to the…