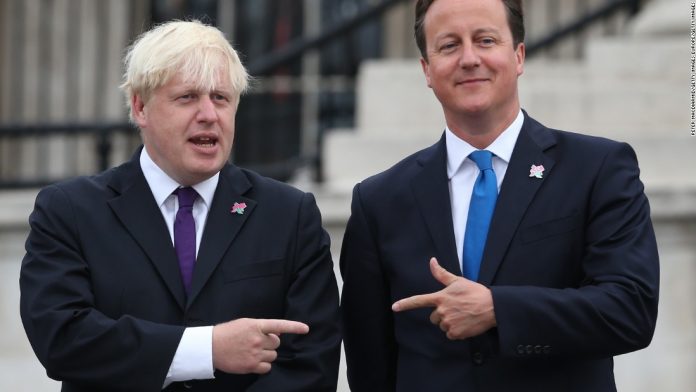 A short hop over the Atlantic and the story is very different. Former British Prime Minister, David Cameron, is embroiled in a scandal in which he allegedly used his personal connection to the Chancellor of the Exchequer, Rishi Sunak, to try to secure government funds to prevent a financial services company he worked for from collapsing during the pandemic.

Cameron was the Conservative prime minister from 2010-2016. Sunak first entered parliament as a Conservative in 2015, under Cameron’s leadership.

The firm, Greensill Capital, did not ultimately receive the loan from the Covid Corporate Financing Facility that Cameron was requesting, but did receive funds from a different support scheme called the Coronavirus Large Business Interruption Loan Scheme, government minister Paul Scully confirmed in Parliament on Tuesday.

Greensill, now insolvent, focused on supply chain financing, which helps companies get paid sooner for their services through short-term loans.

Slim Aarons, the photographer who captured excessive society at play

US troops in Germany banned from alcohol after scooter incidents