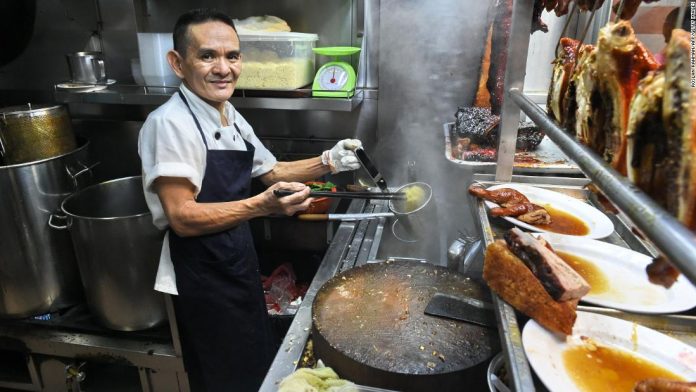 Hawker Chan, founded by Chan Hong Meng, became famous for its simple-yet-delicious $2.50 soy sauce chicken noodle dish when it was included in Michelin’s first-ever guide to Singapore in 2016, earning one star.

After his Michelin triumph, Meng’s career took off. His brand has grown from one humble stall in a Chinatown hawker center to a franchise restaurant with locations in Thailand, the Philippines, and more.

He changed the name of the restaurant to Hawker Chan and began branching out to other dishes.

In response to a request for comment on the loss of the star, a representative of Hawker Chan sent the following statement to CNN Travel by email: “Chef Chan Hon Meng has prepared his famous soya sauce chicken rice since 2009 with his secret recipe and cooking method, which has not changed…

Canines tear up when reunited with homeowners, analysis exhibits