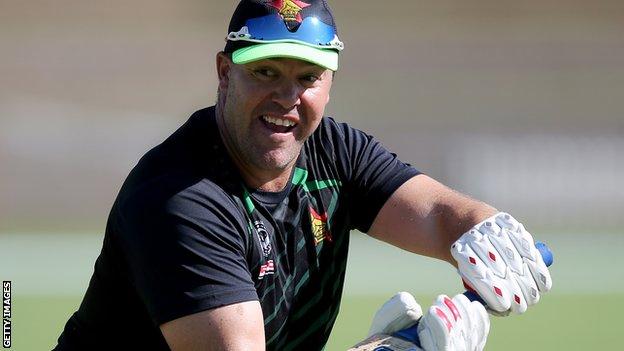 Former Zimbabwe captain Heath Streak has been banned from all cricket for eight years for corruption offences.

The International Cricket Council (ICC) found that Streak, 47, engaged with an Indian man known as ‘Mr X’ during his time coaching Zimbabwe and in Twenty20 leagues across Asia.

Streak passed on information on matches and contacts details of players, including one national team captain.

In return, he received two Bitcoins and an iPhone for his wife.

Streak, a former pace bowler, is Zimbabwe’s all-time leading wicket-taker and once took 6-87 in a Test against England to earn a place on the Lord’s honours board.

He also had spells in county cricket with Warwickshire and Hampshire.

The ICC found that he disclosed information likely to be used for betting on matches in the 2018 tri-series involving Zimbabwe, Bangladesh and Sri Lanka, the 2018 Indian Premier League and 2018 Afghanistan Premier League.