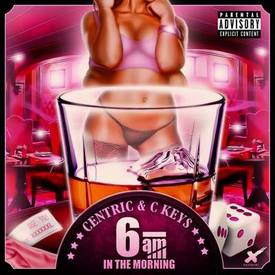 Bay Area Music Producer/Hip Hop Artist, ‘CENTRIC’ (FreeAtLast Music Group, LLC) joins together with Hip Hop Artist ‘C. KEYS’ (RetroActive Music Group/FreeAtLast Music Group LLC), to bring you a sample of dynamite with their new single, “6 In The Morning”. “6 In The Morning” is a taste of ‘Old School’ Hip Hop with a bit of mainstream blend. Artist / producer CENTRIC and lyricist C. Keys have proven with their upcoming album, “Black Dynamite” that both main stream and underground sound can co-exist on the same project without sacrificing talent and lyrics; it just takes “Thinking outside of the box” as well as not conforming to the approach the “typical” artists are taking on in today’s music industry.

On this unique album, songs like “6 In The Morning” exhibit the cliche’ characteristics of today’s top ten charted songs. The album’s concept and direction puts you on the edge of your seat while leaving you laughing out loud from the witty punch lines and catch phrases. Phrases which are reminiscent to days of old when lyricism was taken into heavy consideration while defining good music.

The production on the hot new single “6 In The Morning” will give the club scene “party people” exactly what they would expect from a track to get the body moving. Both artists do an awesome job explaining their passions for the art while keeping the four elements in mind that established Hip Hop in the beginning. Whether working together or individually, CENTRIC and C. Keys are two artists you will want to watch for. They are coming up fast. Look for their newly dropped single, “6 In the Morning” which will be available for download in various places, including ‘Band camp’.