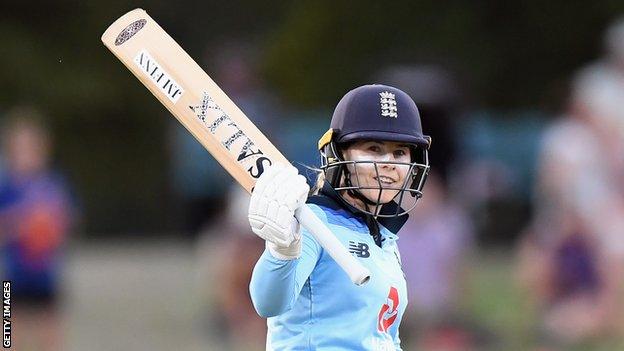 England could have been celebrating their first day as back-to-back world champions now if it were not for the coronavirus pandemic.

The women’s 50-over World Cup was due to conclude on Sunday before it was postponed by a year and will now take place from 4 March to 3 April 2022 in New Zealand.

Instead, England have just completed a successful limited-overs tour of New Zealand, winning both the one-day international and Twenty20 series.

So how are they shaping up with a year to go until their World Cup defence?

England opener Tammy Beaumont became the world’s number one ODI batter after hitting 231 runs in three matches as the tourists won their first ODI series in a year 2-1.