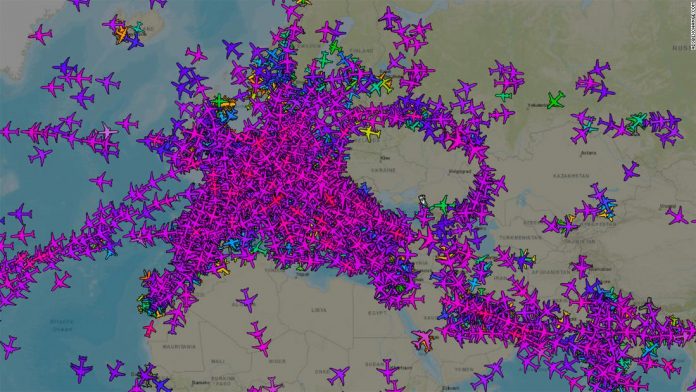 (CNN) — Russia’s invasion of Ukraine and aviation bans are creating huge no-go areas in the sky, with major implications for long-haul carriers that normally criss-cross the skies of Eastern Europe en route to Asia.

All this could have significant consequences for passengers, airlines and the cost of flying if Europe and Russia revive the Cold War era, when sky routes were diverted around an Iron Curtain that extended into the sky.

So far, the United Kingdom and Russia have banned each other’s aircraft from overflying or landing on their territories. Other bans have begun to follow, with Poland and the Czech Republic both restricting access to Russian aircraft on Friday.

Apart from punching a significant hole in the aviation traffic map of Eastern Europe, disruption of long-haul traffic is minimal so far. Even Russian aircraft using international airspace over the Atlantic are unaffected, despite the area being managed by air traffic services based in the UK.