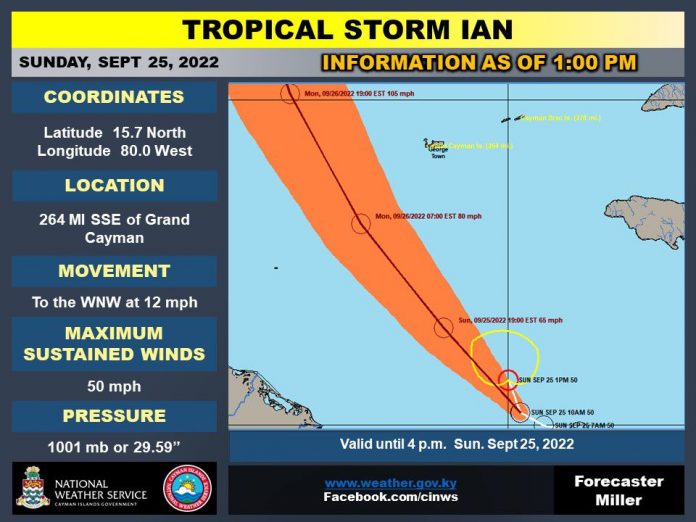 Forecasters sounded an optimistic note, Sunday afternoon as Tropical Storm Ian continued to drift to the west, raising hopes that Cayman could suffer a glancing blow rather than a direct hit from the developing weather system.

Despite the shift in the forecast track, with the eye of the storm now expected to pass around 100 miles from Grand Cayman, there remains potential for “rapid intensification”. It could be a “strong hurricane” by the time it passes the islands, bringing high winds and surging seas.

Grand Cayman remains under a Hurricane Warning and the Sister Islands remain under a Tropical Storm Watch.