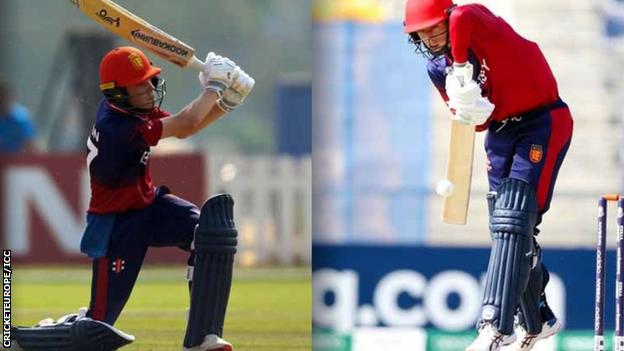 Jersey boosted their hopes of making the 2023 Cricket World Cup after thrashing Bermuda by 291 runs to win all five of the ICC Challenge League B matches in Uganda.

Openers Nick Greenwood (106) and Harrison Carlyon (73) again excelled as they put on 168 for the first wicket.

Jonty Jenner hit 52 and Julius Sumerauer scored 41 as Jersey made 371-8 – their biggest score of the week.

The win sees Jersey go up to second place in ICC Challenge League B – although Hong Kong could go back above them should they beat Kenya on Monday.

The six-team group will play one final round of games against one another later this summer in Jersey, with the winners playing the victors of Challenge League A for a place at next year’s World Cup in India.

County Championship: Somerset on track for Division One because of James...