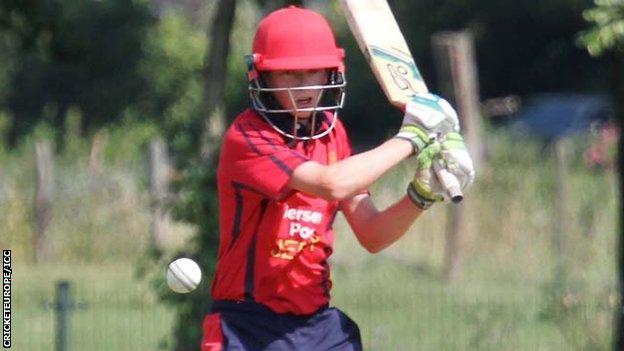 A maiden international century from Josh Lawrenson and a six-wicket haul from bowler Julius Sumerauer saw Jersey beat Italy by 88 runs in ICC Challenge League B in Uganda.

But Lawrenson’s 102 not out helped to drag Jersey back into the game as they ended their 50 overs on 223-9.

Jersey’s attack impressed as they bowled out their opponents for 135.

The win – Jersey’s third in as many games in the second of three ICC Challenge League B tournaments – sees them stay third in the table a point behind Hong Kong who they play on Thursday.

Uganda still lead the table after they beat bottom side Bermuda by eight wickets – the winner of the pool will play-off for a chance to make the 2023 Cricket World Cup.