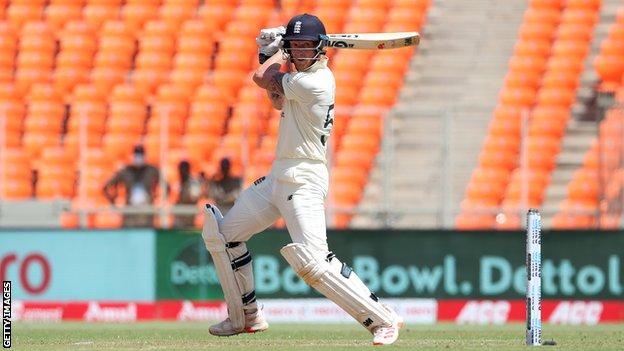 All-rounder Ben Stokes says these are the “hardest” batting conditions he has ever faced after England struggled again on day one of the final Test against India.

England scored only 112 and 81 at the same venue in the third Test, which India won to take a 2-1 series lead.

“We’re more than capable of scoring at least 300 on that pitch,” said Stokes.

“We’re disappointed and it’s frustrating but we can’t dwell on it too much and it was nice to get a wicket at the end of the day.”

The surfaces for the second and third Tests, both of which India won, have come under scrutiny, particularly following the last match at the same stadium.

England vice-captain Stokes said this wicket was “much better” than the previous two but that batting was still extremely tough.