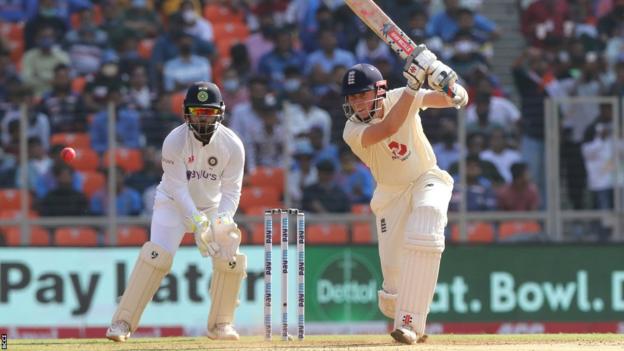 Victory over India in the final Test would cap an “unbelievable” winter for England, says opener Zak Crawley.

England trail 2-1 heading into the fourth Test in Ahmedabad – which starts on Thursday – having beaten Sri Lanka 2-0 in January.

“There’s definitely a way back. We’re only one game down,” said 23-year-old Crawley.

“We still have loads of confidence in our ability.”

England won the first Test by 227 runs before losing the second by 317, with both games played in Chennai.

They were bowled out for 112 and 81 in Ahmedabad as they failed to reach 200 for the fifth consecutive innings.

Although India collapsed to 145 all out on the second morning, they chased 49 to complete victory shortly into the final session.

“They’ve got great players in their side and they’ve struggled for runs as well,” said Crawley.

‘Shang-Chi’ debuts its first trailer as Marvel appears to be like to rebound from...

The Hundred: Simon Katich’s information to constructing a crew from scratch