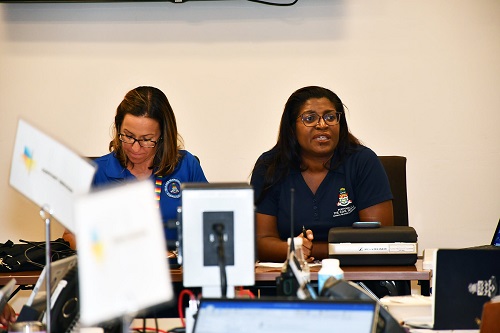 (CNS): As Hurricane Grace began to move away from the Cayman Islands area, Wednesday morning, government officials urged people to stay off the roads and at home until the all clear is given. With power outages all over Grand Cayman, downed power lines, trees and debris strewn across the roads and continuing heavy rains and strong winds the situation was still not safe. At 11am local time Grace had increased in intensity to become a category one hurricane with maximum sustained winds of 75mph. Grace was at that point 65 miles west of Grand Cayman moving west-northwest at about 15mph.

All government offices are scheduled to remain closed today and only civil servants working in emergency related jobs were being called to work.

Thousands of CUC customers are without power due to downed trees and lines but officials said that the George Town generators were all fine. Once the all clear is given crews are ready to begin work on the roads to restore power.