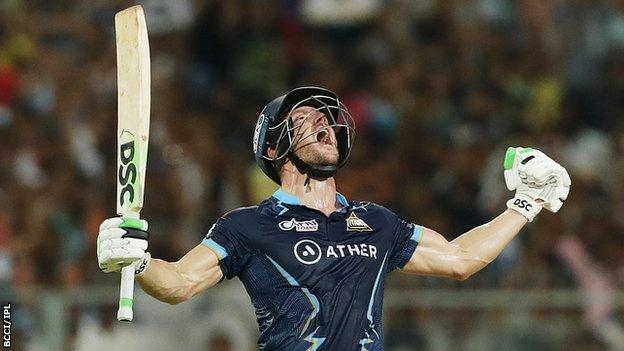 David Miller smashed Indian Premier League newcomers Gujarat Titans into the final as they beat Rajasthan Royals in the first qualifier despite a 56-ball 89 from Jos Buttler.

Needing 16 from the final over, Miller hit the first three balls for six to secure victory by seven wickets.

Defeat does not eliminate Royals from the tournament, as they will compete in the second qualifier on Friday.

To decide who will join Gujarat in Sunday’s final, they will face either Lucknow Super Giants or Royal Challengers Bangalore, who play in the eliminator on Wednesday.