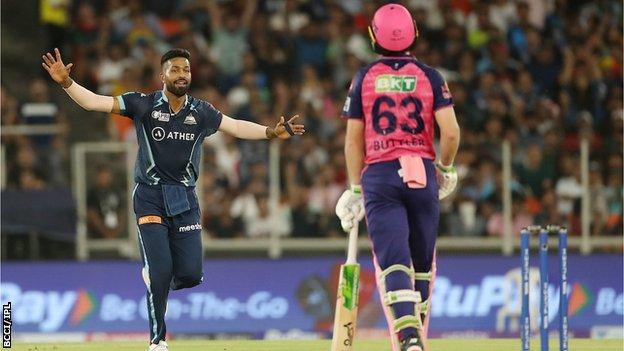 Hardik Pandya produced a magnificent all-round display as Gujarat Titans won the Indian Premier League in their first season with a seven-wicket victory over Rajasthan Royals.

Titans captain Pandya took 3-17, including the prize scalp of England’s Jos Buttler for 39 to restrict Royals to 130-9 and then hit 34 from 30 balls.

Shubman Gill top-scored with 45 not out and the India batter hit the first ball of the 18th over for six to win the match in front of a record crowd of almost 105,000 people in Ahmedabad.

The Titans triumph was built on a good draft: Mohammed Shami, Rashid Khan, Lockie Ferguson and Pandya combined to make up an excellent bowling attack,…