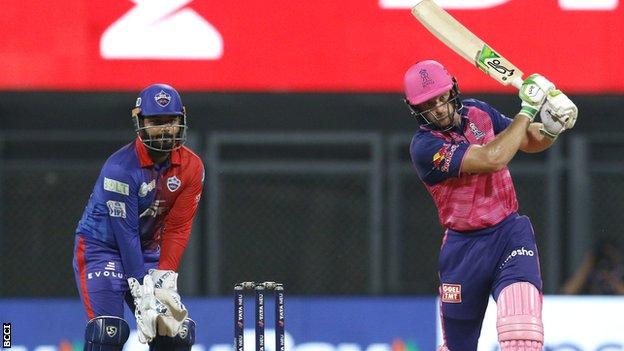 England’s Jos Buttler continued his incredible form at this year’s Indian Premier League with 116 from 65 balls – his third century of the season.

He becomes only the second player to make three tons in an IPL season after Virat Kohli, who hit four in 2016.

It is also the 31-year-old’s second hundred in succession and included nine fours and nine sixes in Rajasthan Royals’ 222-2 against Delhi Capitals.

With seven more group stage matches to play – plus potential fixtures in the play-off stages – Buttler could break India batter Kohli’s 2016 haul of 973 runs – the record for a single IPL campaign.