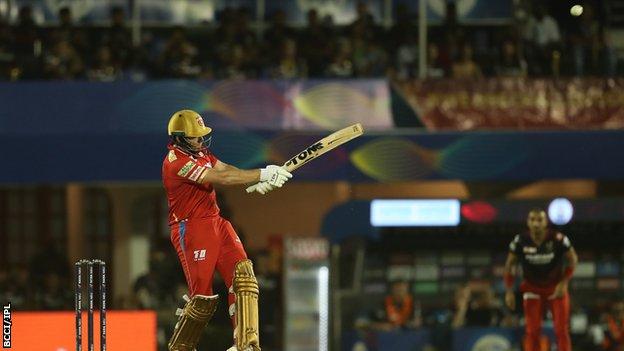 Bangalore could only manage 155-9 in reply, with Virat Kohli out for 20.

The win keeps Punjab’s hopes of securing a place in the four-team play-offs alive.

They move to sixth place, on 12 points, and only two behind fourth-placed Bangalore, who have have only one game remaining. Punjab, however, have two to play.

Bairstow is set to be named in new coach Brendon McCullum’s first Test squad for the series opener against New Zealand when it is announced next week.

In what was his…