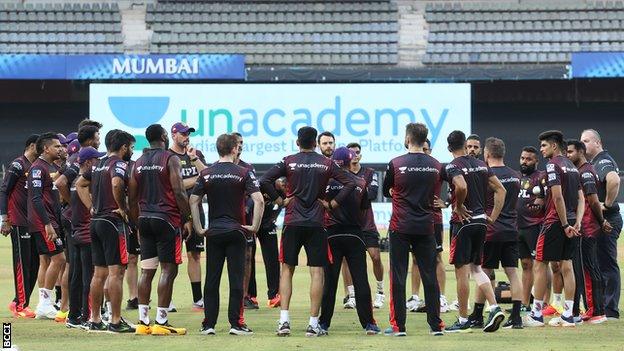 There will be a “huge effort” to finish the suspended Indian Premier League, according to Kolkata Knight Riders and England team analyst Nathan Leamon.

The IPL was halted on Tuesday amid the coronavirus crisis in India and a number of positive tests among the eight teams.

“There are a lot of livelihoods here that rely on it, and they don’t want to put those at risk,” said Leamon.

“It’s just a case of whether the logistics are possible.”

There are 30 matches still to play in the tournament, which was originally due to end on 30 May.

It will be difficult to find a suitable time to complete the tournament later this year, given the busy schedule of international cricket.

Speaking to the Test Mach Special podcast from the Kolkata team hotel in Ahmedabad, Leamon added: “There’s talk of rescheduling. I don’t know if it will come to pass. They are looking at various windows when they might be able to fit it in.

England and Wales Cricket Board declares £16.1m loss as results of...