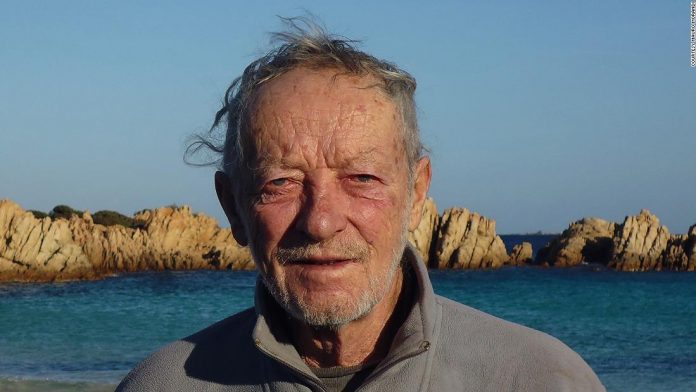 (CNN) — He’s become known as Italy’s Robinson Crusoe after spending more than 30 years as the only resident of an idyllic island off the coast of Sardinia.

But Mauro Morandi is bidding farewell to his tiny hut on the Isle of Budelli after local authorities repeatedly threatened him with eviction.

The 81-year-old, who has been living on the island since 1989, announced his departure in a message on his Facebook page on Sunday.

“I’m going to leave,” he wrote, adding that he hoped “Budelli will be safeguarded as I have done for 32 years.” He also said he was “really p***ed off” about the situation.

The former teacher ended up on the stunning pink atoll while attempting to sail from Italy to Polynesia.

He’s previously told how he was instantly mesmerized by the place and decided to stay, taking over from the island’s former caretaker a short time after arriving.

However, the caretaker role became defunct when La Maddalena’s National Park took over ownership of Budelli in 2015.