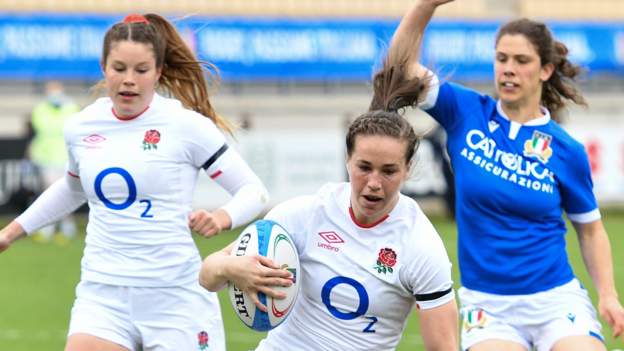 England secured their place in the Women’s Six Nations final as a flurry of late scores helped them to a nine-try victory in Italy.

In a slow start for the Red Roses, Emily Scarratt and Vicky Fleetwood benefited from Italian mistakes for the side’s only first-half tries.

England improved when replacements came on after the break and scored four tries in seven minutes, with Abby Dow crossing twice in Parma.

England will not learn their opponents for that match until Ireland face France next weekend, but Les Bleues are the favourites to top Pool B.

Before the game both sides paid tribute to Prince Philip, the Duke of Edinburgh, who died on Friday aged 99.