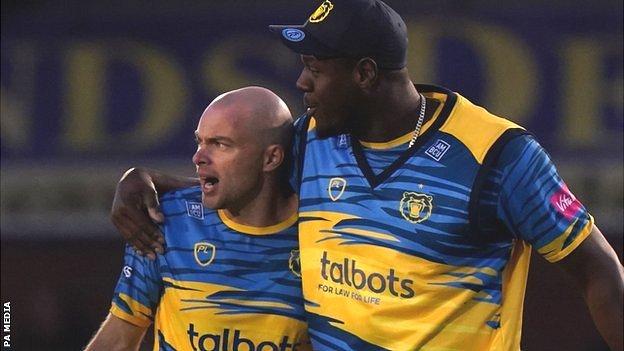 The rise of spin in Twenty20 cricket could probably never have been predicted when the shortened format first began in England 20 years ago.

But the legacy of the great Shane Warne and the success of England’s Adil Rashid has meant leg-spinners like Jake Lintott are now rightly in high demand.

Lintott, 29, had to wait for his chance. The Birmingham Bears leggie with the quirky action only signed his first professional full-time contract with Warwickshire last February.

But he finished 2021 as a medal winner in the inaugural men’s Hundred.

Having initially earned a short-term Bears deal for the T20 Blast in August 2020, his late-season form earned a Hundred contract with Southern Brave. He then played an important, eye-catching role in helping them win the trophy at Lord’s.