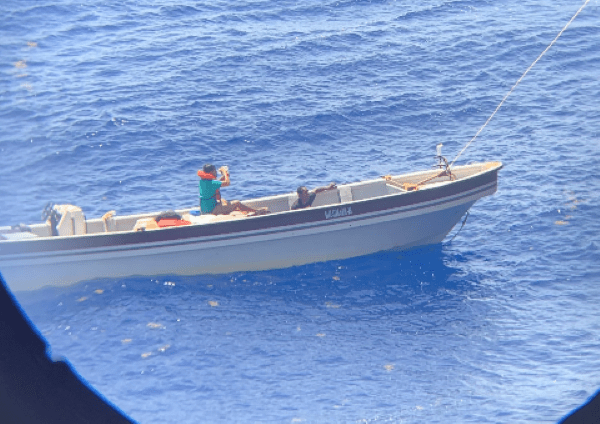 (CNS) Two Jamaican fishermen aboard a 34ft fishing vessel that was missing at sea for more than a week were rescued and brought to shore in Cayman early Friday morning following a coordinated search and the help of an oil tanker. The Jamaican authorities notified the Cayman Islands Coast Guard about the missing boat and crew on 29 July. As a result the local coastguard joined the Jamaican and US coastguards in a coordinated rescue mission.

A week after the search began, on Thursday 5 August, an oil tanker west of Cayman reported seeing a vessel in distress which fit the description of the missing boat. The Operations Rescue and Coordination Centre requested the assistance of the ship’s captain to deliver the men to Grand Cayman, to which they agreed.