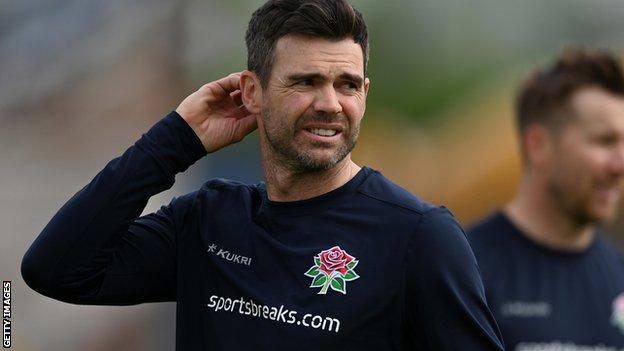 England will have to be patient to change their fortunes under new Test coach Brendon McCullum and captain Ben Stokes, says bowler James Anderson.

With just one win in their past 17 Tests, England have not won any of their past five series.

The squad for the first Test against world champions New Zealand on 2 June at Lord’s will be named on Wednesday.

“I don’t think the squad is going to be massively different – the best players have been playing,” said Anderson.

“It might just be the style that’s slightly different.”

Anderson, England’s all-time leading wicket-taker, and long-time new-ball partner Stuart Broad are expected to be recalled after they were left out of the West Indies tour in March.

“Until the squad is picked, I’m not counting on anything,” said Anderson, who was speaking at an event for Test sponsors LV= Insurance.

“My job is to prove that I’m in good form, take wickets for Lancashire and help them win games.”

The Hundred begins with fireworks, DJs and a superb match on...