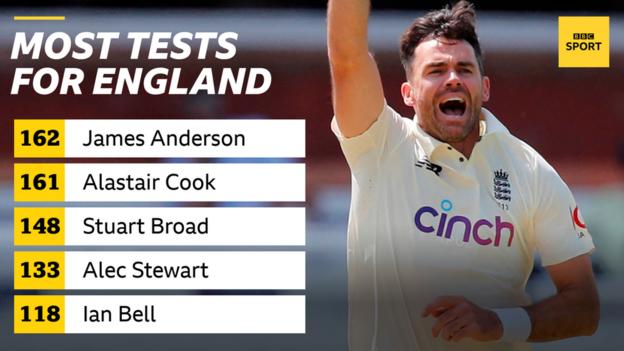 Fast bowler James Anderson became England’s most capped Test player after being selected to play in the series decider against New Zealand.

Lancashire’s Anderson made his Test debut in 2003 and has taken 616 wickets – an England record.

“I can’t believe I have got this far,” Anderson told BBC Sport. “It’s been an amazing journey.”

He is seventh on the overall list for most caps and fourth for most wickets, the leading fast bowler in each.

Anderson added: “I’m lucky that I have got a body that can cope with the rigours of bowling.

“I do work hard at my fitness and my skills. It also having the hunger to turn up every day to try to get better.

“That is all I’ve done since I became a professional and that will hopefully continue for a few more years yet.”

Colleges reopening: How in danger are kids?