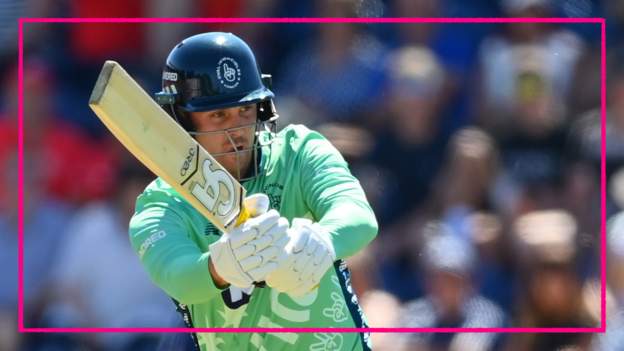 When you’re out of form as a top-order batter in white-ball cricket it is hard to turn the tide… just ask Jason Roy.

The 32-year-old, who has played a huge role in transforming England’s white-ball fortunes that culminated in winning the 2019 World Cup, has had a torrid summer so far.

Sunday saw his lean spell continue as he was caught at short fine leg for just 10 in Oval Invincibles’ game at Welsh Fire in The Hundred.

It followed him getting out without scoring in their first game, off the first ball, and a run of 197 runs across 11 England games this summer.

However, despite his bad run of form he has received backing from former England international Kevin Pietersen and Invincibles captain and England batter Sam Billings.

“Jason is 32 years of age and what I’m sick and tired of in this country is writing people off at such a young age,” Pietersen said on Sky Sports.