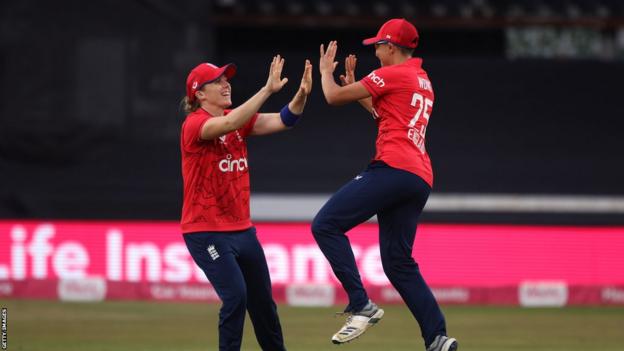 England women’s new head coach Jon Lewis says the “team is ready to fly” as they prepare for their winter tour of the West Indies.

The white-ball tour is Lewis’ first in charge, and he is boosted by captain Heather Knight’s return from injury.

He takes over a side that is starting to transition, with Lisa Keightley blooding plenty of young talent during the summer – but that excites him.

“The ceiling is incredibly high for this group of players,” he said.

Speaking after his first training session with the squad, Lewis said the team has benefitted from giving their younger players early exposure to international cricket.

“We’ve got a beautifully balanced side,” he said.

“With the emergence of some players this summer who might not have got those opportunities had all our senior players been fit, then we might be in a very different position now.