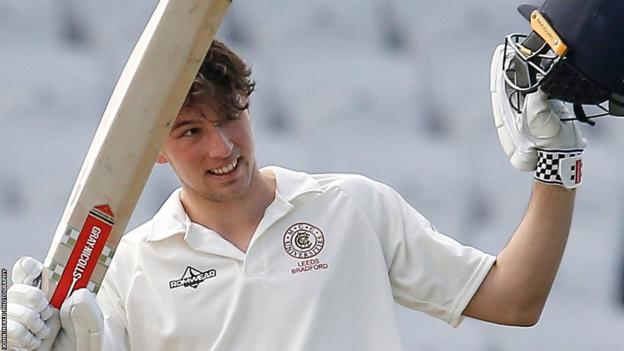 When a teenage university student scores a hundred against a county side, at best a few eyebrows are raised.

When that teenager is the son of a former England captain, the cricket world takes notice.

Last month, 18-year-old Josh de Caires – son of ex-England batsman Michael Atherton – scored 118 against Yorkshire for Leeds-Bradford Universities. A sport that loves nothing more than a bit of nostalgia was given its latest dose.

“Someone asked me if I bat similar to him,” De Caires tells BBC Sport. “I couldn’t tell you for the life of me. I have hardly ever seen him bat!

“From what I have seen he just blocks the crap out of it, which is pretty similar to me.”

Yorkshire’s full-strength pace attack, albeit building up fitness in a pre-season friendly, was thwarted for six hours. The comparisons to a father who…