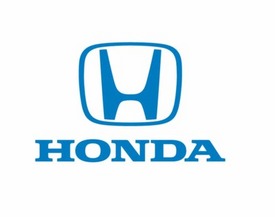 It can be difficult to make cost-effective plans for tonight’s dinner, let alone future finances, but Kelley Blue Book’s KBB.com has zeroed in on the new vehicles that are most likely to get their owners the most money back at trade-in. The 2015 Honda Fit and CR-V are among the models that received 2015 Best Resale Value Awards from the auto-research site, which calculates five-year resale values based on factors like vehicle and sales data, market and segment conditions and predictions for the future economy.

Estimated to retain 50.8 percent of its resale value after five years of ownership, the 2015 Honda CR-V was awarded by KBB.com by finishing within the top 10 of all 2015-model-year vehicles. Meanwhile, the 2015 Honda Fit topped the 2015 Nissan Versa and 2015 Volkswagen Golf in the Subcompact Car category, receiving a five-year resale value of 47.7 percent. Both Honda vehicles benefited from major changes for the 2015 model year, with the CR-V significantly revamped and the Fit redesigned inside and out.

“To earn a Resale Value Award, a model must not only be popular with current buyers, but it also needs to be well positioned to appeal to future buyers, and Honda has accomplished those goals with recent updates to the Fit and CR-V,” said Jason LaCroix, general manager of AutoFair Honda, a Honda dealer in Manchester, N.H. “Like all Honda vehicles, the 2015 Fit and CR-V are designed to be reliable, safe and affordable, but they have also taken big leaps in style, technology and fuel efficiency.”

Smart engineering makes the sleek 2015 Honda Fit both more fuel efficient and more spacious than its predecessor. The hatchback returns up to 41 mpg on the highway with its new 1.5-liter direct-injected four-cylinder engine while optimizing its class-leading interior room with its adjustable rear Magic Seat. On the other hand, the 2015 Honda CR-V houses a new 2.4-liter Earth Dreams Technology direct-injected four-cylinder that increases highway fuel economy by three miles per gallon and boosts torque by 11 percent compared to 2014 models. The 2015 Fit and CR-V are both available with a new seven-inch Display Audio touchscreen that controls the next-generation HondaLink infotainment system.

Conveniently located at 200 Keller Street in Manchester, AutoFair Honda strives to provide New Hampshire Honda drivers with a highly satisfying car-buying experience that is backed by the most thorough service in the state. Whether customers are looking to purchase a new Honda CR-V or a pre-owned Honda Accord through the AutoFair Certified Used Car program, they can browse the dealership’s large inventory at www.autofairhonda.com or schedule a test-drive by calling 603-471-3990. AutoFair Honda can also be found on Facebook at www.facebook.com/autofairhonda.