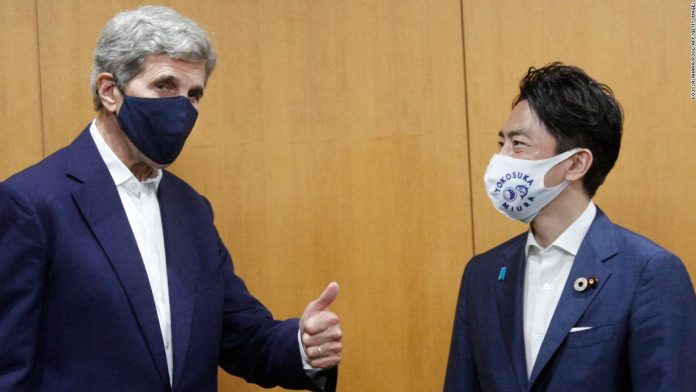 “I have no doubt that wealthiest nations ultimately will get to a zero carbon or net (zero) carbon economy,” Kerry said. “But I’m not convinced — not at all — that we will get there in time to avoid profoundly disturbing fundamental transformation in the nature of our planet, and the capacity of tens of millions, hundreds of millions of people to be able to survive.”

Kerry delivered his remarks, which event organizers said were recorded last week, virtually at a US-Japan Council event alongside Japan’s Minister of the Environment Shinjirō Koizumi.

Kerry spent Tuesday in Japan, where he met with Koizumi and Japanese Prime Minister Yoshihide Suga to discuss Japan’s plan to transition to a net-zero economy by 2050 and to cut its emissions 46% by 2030 (relative to its 2013 levels). Japan announced the 2030 goal in April, after pressure from the US and other countries. Biden had announced in April the US would cut emissions 50-52% relative to 2005 levels by the end of the decade.