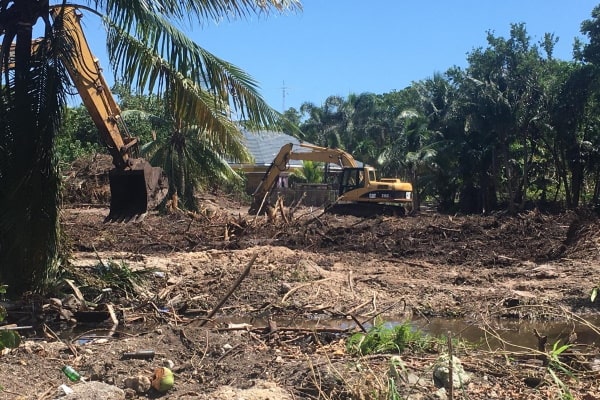 (CNS): A developer clearing land in Selkirk Drive, Red Bay, has reportedly ignored at least two notices from the Department of Environment to stop removing mangroves. Meanwhile, Alden McLaughlin, the outgoing premier who is fighting to retain the constituency, has said the government cannot deny the landowner the right to develop it, despite the fact that his administration passed the law to protect mangroves. The clearing work has been going on for several weeks under the radar, but a local NGO focused on protecting mangroves learned of the clearance and turned the public spotlight on the latest in a long line of unlawful mangrove removal.

The Mangrove Rangers contacted CNS yesterday with pictures and the information they had gathered at the site. CNS was able to confirm that the DoE has issued warnings to the landowner and the construction company under the National Conservation Law,…