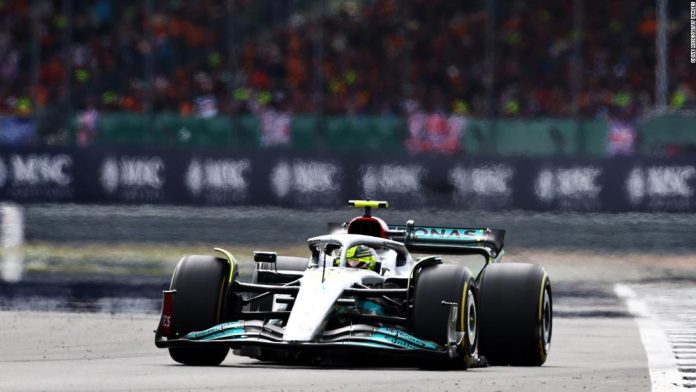 At Sunday’s Grand Prix at Silverstone, a group of protesters wearing orange T-shirts sat on the Wellington straight when cars were returning to the pit at low speeds with the race red-flagged after Zhoy Guanyu’s high-speed crash.

Mercedes driver Hamilton, who found out about the protests opposing global oil usage in the post-race press conference, said: “Big up the protesters.”

The 37-year-old, who finished third in a dramatic race, added: “I love that people are fighting for the planet and we need more people like them.”

After the press conference, Mercedes said in a statement, which was sent to CNN: “Lewis was endorsing their right to protest but not the method that they chose, which compromised their safety and that of others.”

Later in the day, Hamilton took to Instagram to clarify his thoughts.

“As we’ve seen today, this is a very dangerous sport,” he wrote. “I wasn’t aware of the protests today, and while I’ll always support those standing up for what they believe in, it must be…

Disney World and Disneyland to once more require masks indoors no...

SpaceX claims it should settle for dogecoin as fee for an...