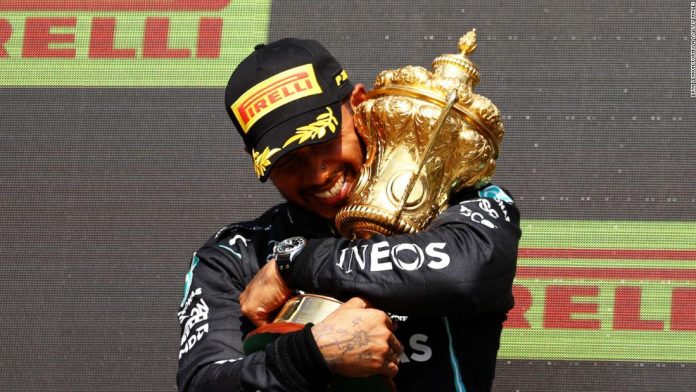 Lewis Hamilton was the target of online racist abuse after winning his eighth British Grand Prix on Sunday.

The seven-time world champion fought back from a 10-second penalty to clinch victory following a controversial collision with rival Max Verstappen, which left the Red Bull driver in hospital.

Facebook, which also owns Instagram, said it had removed a number of comments from its platform in relation to Hamilton, who has been a huge advocate for diversity and the Black Lives Matter movement, and called the abuse “unacceptable.”

“In addition to our work to remove comments and accounts that repeatedly break our rules, there are safety features available, including Comment Filters and Message Controls, which can mean no one has to see this type of abuse,” a Facebook company spokesperson told CNN Sport.

“No single thing will fix this challenge overnight but…

Shang-Chi’s Simu Liu: Starring in a Marvel blockbuster does not exempt...