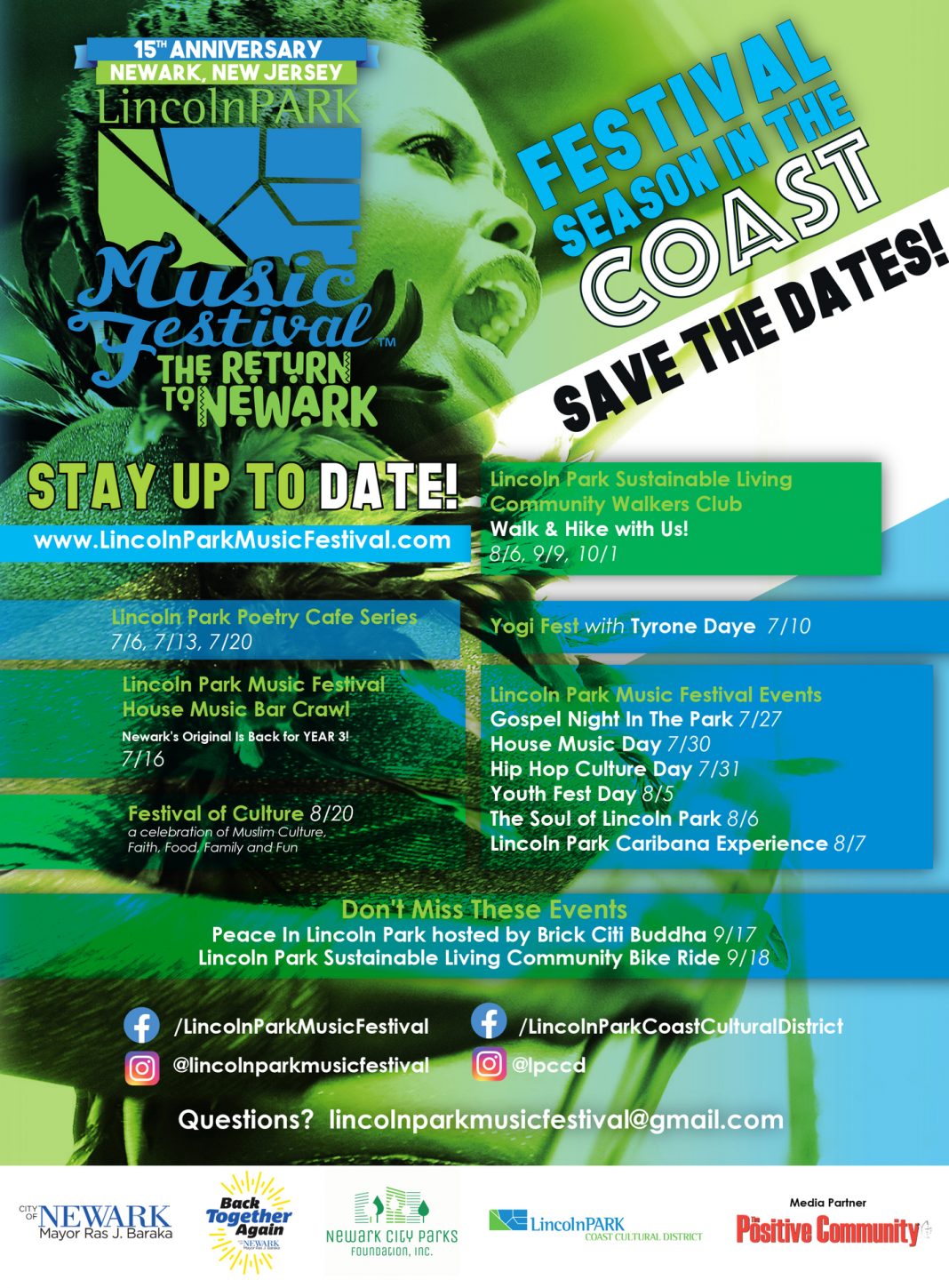 It all begins on Wednesday, July 27th from 5pm-9pm with the renown Lincoln Park Music Festival “Gospel Night In The Park” starring Le’Andria Johnson, season 3 winner of the BET gospel singing competition show Sunday’s Best. Le’Andria Johnson’s 2011 smash album The Awakening of Le’Andria Johnson hit #1 on the Gospel music charts. Provenance Music Group, the internationally renowned gospel music ensemble has shared the stage with a myriad of noted performers and with rising celerity and captivated live audiences through their nationally broadcasted television appearances in Newark, NJ; London, UK; Barbados; Japan; and Bobby Jones Gospel in DC. Dynamic New Jersey-based contemporary Gospel ensemble Anthony Ponder & Ministry’s Desire (APMD) is an aggregate of singers rooted in ministry. Their brand new single. “God Won’t Fail” is written by Ponder, Melissa Tatro, and Jonathan Ponder. The single is released by Enon Music Group and is available on all digital music outlets now. “God Won’t Fail” is from APMD’s forthcoming album, The Grateful Project, which will be available this fall. Rounding out the evening is a plethora of voices of Newark’s faith community and its choirs. Lincoln Park Music Festival “Gospel Night In The Park” is hosted by City of Newark Councilwoman At Large Rev. Louise Scott-Rountree and Rev., Kevin E. Taylor of Unity Fellowship Church NewArk.

Leading into the weekend is “Rodney’s House”, a celebration of the life of the late Rodney M. Gilbert, Newark’s beloved “Mural King” whose Yendor Arts and Yendor Theatre Company are continuing his legacy and impact in the City of Newark. The aptly named “Rodney’s House” memorializes Gilbert’s love of House Music and his history of opening his actual former home, on Spruce Street in Lincoln Park, for “house heads” to come eat, drink and relax during Lincoln Park Music Festival weekend each year. “Rodney’s House” is open to all in Lincoln Park, Friday, July 29th from 5pm-9pm.

Closing out week one on Sunday, July 31st is Hip Hop Culture Day starting 12pm with a celebration of the 40th Anniversary of The Awesome 2 with special guests Nice & Smooth and other surprises! The Awesome II are an American hip-hop and radio duo made up of Special K and Teddy Tedd who both grew up in northern New Jersey, in Passaic and Hackensack, respectively. For almost two decades, they purchased air-time on New York’s time-brokered station WHBI-FM 105.9 which broadcast of our Newark, NJ (later WNWK). The Awesome Two Show began on May 18, 1982, and the duo have been active in radio since, marking their 40th Anniversary in 2022. Along with the World’ Supreme Team, Chuck Chillout, Red Alert, Hank Love and DNA, Afrika Islam, and Mr. Magic and Marley Marley, they were among the first generation to adapt hip-hop to the radio.

Ahooga! The 40th Anniversary of The Awesome 2 exhibition will be on display at Cement Gallery, 6 Crawford Street, in Newark, NJ to coincide with the first week of the Lincoln Park Music Festival July 25th-August 1st. There will be a closing Artist Talk with The Awesome 2 In Conversation on August 1st from 6pm-8pm.

The annual Lincoln Park Music Festival (LPMF) is the largest music experience rooted in traditions of the African American and Afro Caribbean diaspora in the tri-state region. LPMF has expanded into an audience of 50,000-60,000 international attendees that comes together, over two weekends, to experience multiple genres of music including Gospel, Jazz, House, Hip-Hop, Rhythm & Blues, Reggae, Dancehall, Soca, Kompa and of the Latinx/Hispanic diaspora, as well as film, tech and music business education.

This content is published on behalf of the above source. Please contact them directly for any concern related to the above.

United States Bronchoscope Market to Grow at a Significant Rate through...