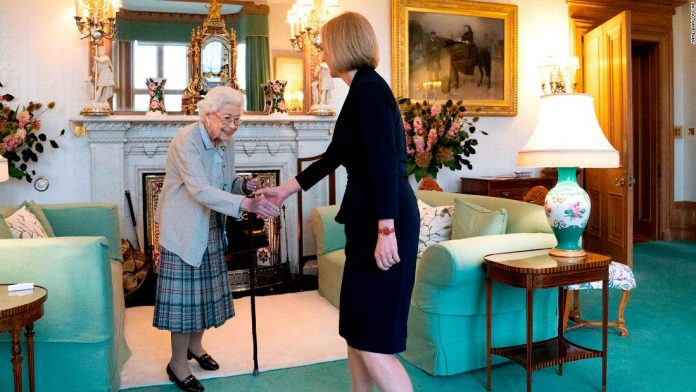 Truss, 47, took office on a day of ceremony that saw her scandal-plagued predecessor Boris Johnson bow out in a defiant speech at Downing Street in London before both politicians flew to meet the Queen in Scotland for a transfer of power.

Truss, who served as foreign minister in the previous government, enters office after winning the most votes in the Conservative Party leadership contest to replace Johnson, who announced his resignation in July in the wake of a series of scandals. Her appointment fills a monthslong leadership void that the UK has endured as its worst economic crisis in decades has worsened.

Speaking on the steps of Downing Street on Tuesday evening, Truss said her priorities were delivering tax cuts to grow the economy, improving Britain’s energy security amid soaring prices, and fixing the National Health Service, thoug she did not outline any specific policies.

She also said she would defend freedom and democracy in the face of Russia’s war in Ukraine.