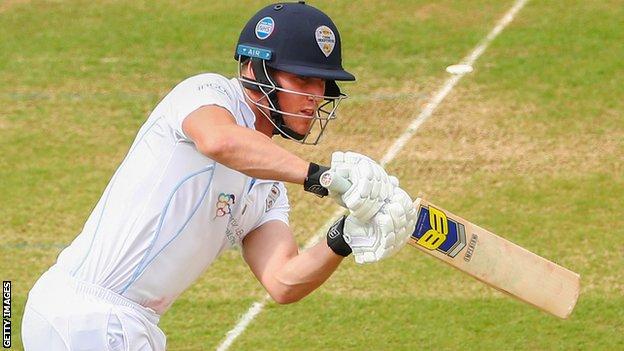 Derbyshire all-rounder Luis Reece will not play again this summer because he needs a shoulder operation.

The club say the 31-year-old has a “chronic condition” in his left shoulder, which has affected him for the last two seasons.

Reece may also require surgery on his right knee “later in the winter” and is not expected to fit to play again for “six to nine months”.

“Luis is carrying two or three injuries at the moment and he needs to get some work done on them,” said head of cricket Dave Houghton.

“Our medical team are telling us it will take between six and nine months to recover, so we’ve taken the decision to let him get it done (shoulder surgery) straight away, hopefully in the next week, so we should have him fit to play early next season.”

Reece only averages 13.58 with the bat in this summer’s…

The Hundred: Alex Hartley shares her 5 ‘ones to be careful...