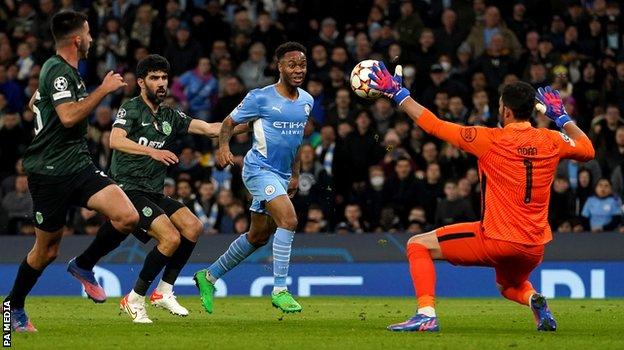 Manchester City cruised into the quarter-finals of the Champions League despite being held at home by a Sporting Lisbon side who were intent on damage limitation.

City’s stunning 5-0 win in last month’s first leg in Lisbon had already effectively settled this tie, and it was clear from the outset that the Portuguese did not entertain any hope of an unlikely comeback.

They packed their defence, perhaps wary of suffering another damaging defeat, leaving Pep Guardiola’s side in total control of possession but struggling to carve out meaningful chances.

Raheem Sterling wasted City’s best opportunity before the break when he ran on to Phil Foden’s pass and tried to dink the ball over Antonio Adan but did not get enough height on his shot.